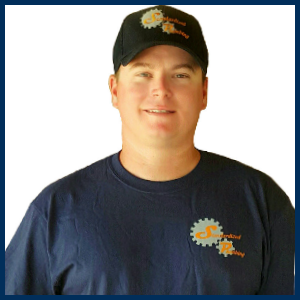 Ross Caples, was born and raised in Santa Rosa, CA. After high school, he moved to Redding, CA, with his family and then attended Wyoming Technical Institute. Ross graduated with an Associate’s degree in Business Management.

At the age of 19, Ross began working with his older cousin as a plumbing apprentice and worked with several local plumbing and mechanical plumbing companies throughout his career.

Ross excelled at the PHCC plumbing apprentice program in Sacramento and the Shasta Builders Training Program in Redding. Ross carried that success into his career – within the first 3 years, he was running projects.

Continuing his plumbing education, Ross gained every certification that he could, including a med gas certification which allowed him to work inside hospitals and medical facilities.

Ross took the leap of faith and became a licensed contractor and business owner.

He believes that great companies begin with great people and he strives to put his beliefs into action by giving the best service possible. What Ross loves most about his trade is that he can make someone’s dreams a reality, or be there when needed to save the day.

As Standardized Improvement’s founder Ross has quickly grown his company into a well-respected, successful company. Ross values: honesty, values, hard work and family. He looks forward to growing his family one customer at a time! 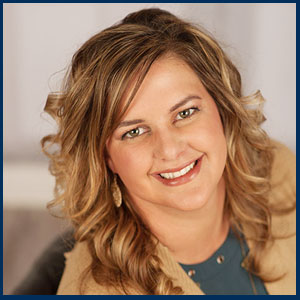 Megan Scales grew up in Central California. Both  sets of her parents were contractors that owned their own business.  She learned the ins and outs of business ownership along with everything that goes with contracting. This included being out in the field swinging a hammer.  After high school, she went to college to pursue a degree in Business Management. She achieved that goal along with another degree in Accounting. Her ultimate educational goal is to get a Bachelors in Project Management.

Megan has held several positions with prominent companies that have furthered her skills. She excels at customer service, organization, technological advancements, and teamwork. She takes pride in her work and ownership of her role within the company.

She believes being positive is the key to success because positive thoughts drive positive results. You will often find her with a smile and she loves building a good report with the customers. 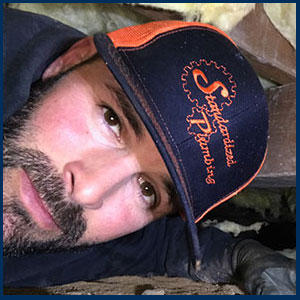 Brian Barrow has been with Standardized Plumbing since October of 20, 2017.